Despising,
For you, the city, thus I turn my back:
There is a world elsewhere.
– Coriolanus by William Shakespeare, Act 3, Scene 3

At the beginning of summer this year, I left London. Saying that I left ‘despising’ it would be a little over-dramatic, but I’ve just proved a penchant for the dramatic by quoting Coriolanus in a blog post, so what do you expect?

I was pleased to be off, but I was also pretty miserable about having to say goodbye to my gorgeous flat, my wonderful flatmates, my amazing colleagues, and my best friends.

Once I’d stopped feeling sorry for myself I realised that not only was this completely the best decision for me, but it was one I was excited to do. I have a distinctly love-hate relationship with London. It’s complicated. We’ve done and said things to one another that we’ve regretted later on, but at the end of the day it’ll still have a place in my heart as the city where I first struck out on my own.

But there just wasn’t enough to keep me there, not with the big wide world out there.

So how exactly did I leave London? No, I don’t mean my actual mode of transport out of the city (train, if you were interested). I mean what I did to mark the occasion.

To say goodbye to London: I channelled Mexico.

The Skylounge in the Double Tree Hilton by Tower Bridge has a themed bar every summer, and this year the theme appeared to be ’drink as much tequila as humanly possible’. Which, as a place to gather some friends for my last hurrah, was just perfect. Perched on a high terrace of the hotel, the setting invites you to look up – and up, and up. It’s nestled in the jumble of buildings that make the city’s skyline famous: the Walkie Talkie, the Gherkin, The Shard… all with swinging, brightly coloured lamps in the foreground.

We bought jugs of ‘frozen margaritas’, ate as much of the snack foods as we could fit on the table, and generally had a great evening in one of those pale-blue-sky-evenings of a London summer.

Here are some pictures from the night. I thinkMexico wouldn’t be a bad destination to add to my travel list… 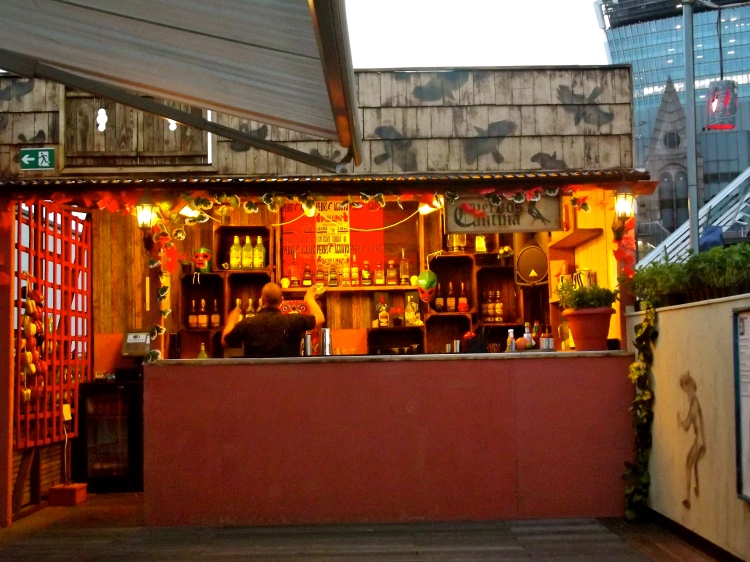 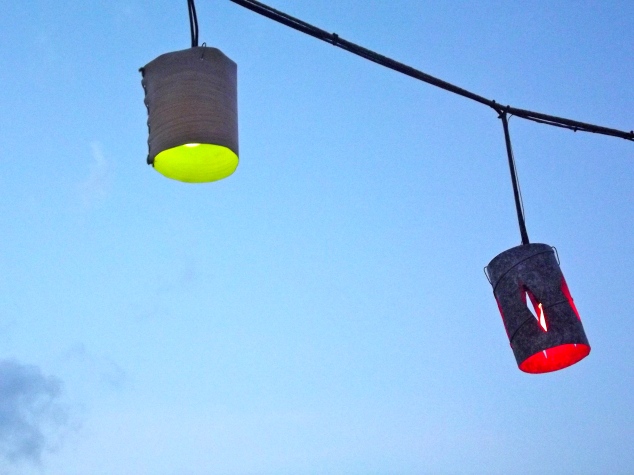 Full disclosure: I’m not associated at all with Skylounge or writing for them in any way.

One thought on “London Leaving Party”