One of my goals of 2014 was simply to read more. To pick up a few books from a bookshop and read them all, front to back, rather than drifting through one listlessly then throwing it aside and forgetting the rest. In June this year I left my job in publishing and it gave me a chance to read a little more widely: when you get books so readily in the place that you work you sometimes forget others exist!

DISCLAIMER: Up until June of this year I was working at Hodder & Stoughton. I’ve asterixed the titles that are from Hodder and its imprints that I got through my job. No matter where I got them from I am writing the reviews of all of these books from a completely unbiased view.

– The Luminaries by Eleanor Catton, Granta

Even our puppy mauling some of the pages (it was eventually patched together after some delicate surgery with sellotape) didn’t get in the way of my enjoyment of this book. It’s a beast of a novel so I’d be careful taking it on holiday if you are looking to pack lightly, or else make sure to download it to your kindle. The Luminaries unfurls a story of crime, blackmail and shady dealings at Hokitika, a section of coast on New Zealand’s South Island where prospectors are flooding in from all over the world to find their fortune in the mud.

I love frontier stories: the fear and bloody-minded determination of these people to make their fortune at the very edge of their known existence. It shows the fragility of western societies that thought they ruled the world until they come up against nature and people they hadn’t yet managed to catalogue, understand and try to groom into submission. The gold rush in New Zealand however was something I’d never read about, never even really knew about to be honest, so the setting of The Luminaries and the different issues faced there gave it a refreshing spin.

Favourite quote: “A woman fallen has no future, a man risen has no past.”

Want to know more about Ernest Hemingway and F Scott Fitzgerald? Read about their wives. Read about their domestic lives and how they treated the people around them, about the process that went into those books we all call classics today. It gives you more of an insight into their work than analysing every word they ever wrote could do. I’ve read quite a few books on the women in their lives (there are more books on this subject than you’d think): Paris Without End, Z: A Novel of Zelda Fitzgerald, The Paris Wife…and Mrs Hemingway is a brilliant new addition to the list.

Mrs Hemingway is rich with both imagination and research. It shows us the fragile ego of Ernest Hemingway and his contemporaries through the women who their personalities and work often overshadowed. There’s a lot of heat, whether that’s the sun-soaked beaches of St Tropez or the muggy climes of Florida, so it’s the perfect book to read on a beach somewhere hot. 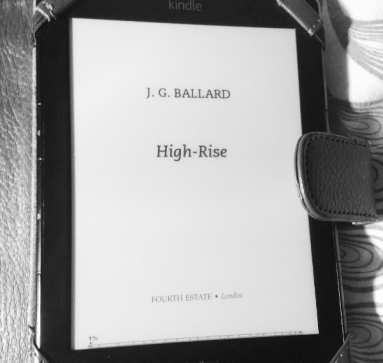 This book gave me the heebie-jeebies in the best possible way. JG Ballard (writing in 1975) imagines a huge high-rise filled with families and people of all sorts of backgrounds, but the building is split by their class factions: lower class on the lower floors, middle in the middle, upper class on the top. Still, the idea of the building is for harmonious communal living with shared pools, supermarkets and entertainment all within the confines of the high-rise. We’re introduced to this world through the character Robert Laing, a single young man whose moved into the middle section of the building.

But things escalate quickly. The different social strata decide that they don’t actually want to have to share resources with one another. Swimming pools on higher floors become barred to those on the lower floors. Those on the lower floors retaliate by throwing their rubbish in the lifts and sending them to the top. There’s blood, garbage, mind games, eating of family pets, elevator hijacking, macabre filming…essentially an entire high-rise becomes feral and turns against one another.

It’s bloody and weird and chilling. It’s the sort of book you put down but can’t get out of your head.

A film adaptation has just finished filming starring Tom Hiddleston, Luke Evans, Jeremy Irons and Sienna Miller, so now is the perfect chance to read it before the rush around the movie begins.

Favourite quote: ‘The wounded Alsatian and Royal’s bloodstained jacket gave him free passage through these rival clans, as if he were a betrayed landowner descending from his keep to parade his wounds among his rebellious tenants.’ 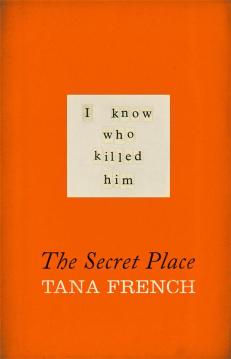 If you have ever been a teenage girl, went to school as a teenager with girls or know a teenage girl, you will appreciate the pin-point accuracy of Tana French’s characterisation in The Secret Place. It reminded me just what a terrifying species teenage girls are. They can be intensely cruel but dizzyingly over-sensitive at the same time. They can be fiercely loyal and then devastatingly devious. It’s amazing how French’s writing echoed so many things I felt/did/saw when I was a teenager at school myself (apart from the murder, obviously).

The plot takes place at an Irish girls’ boarding school and is structured with two timelines – one in the past and one in the present – working simultaneously. In the present timeline we know that about a year before a boy called Chris was found murdered on the grounds of the girls’ school. They’ve never found the culprit but one day a pupil, Holly, arrives at the police station with a postcard that says ‘I know who killed him’ which she found posted on a cork board called ‘The Secret Place’ outside their art room. The investigation into what happened to Chris begins anew. In the past timeline, we are introduced to Holly and her tight knit group of friends in the weeks leading up to Chris’s murder. And as the book moves on the two timelines start to tangle up with one another in a pretty disturbing way.

Aside from the rather frightening reminder of how a teenage girl’s brain works, the most unnerving thing about the book has to be ‘The Secret Place’ where the postcard is first found. It’s a place where anonymous messages, drawings and expressions of feelings are posted and seen as innocent therapy to the teachers. But for the girls themselves it’s used as anything but.

Favourite quote: ‘“If I’ve learned one thing today, it’s that teenage girls make Moriarty look like a babe in the woods.”’

I’ve never really been an historical fiction fan: I’ve tried and tried again to read in the genre but always found the books lacking. But then I heard that Wolf Hall was going to be made into a BBC Two series and whilst I’ve always struggled with historical fiction in the form of books I am a sucker for anything historical on the box. If I think I might watch something that’s been adapted from a book then I tend to try and read the book beforehand, so I picked up Wolf Hall and thought I’d give it a go.

I’m pleased to say that I was wonderfully surprised it. It’s essentially a political drama in which various members in the royal court and beyond try to manipulate, manoeuvre and threaten  to achieve their goals: whether that’s the happiness of King Henry VIII, their own standing in the world, or the spiritual good of England. It’s what surprised but most delighted me about the book. There’s less riding gallantly through fields in silly hats and fumbles in a hay barn than I thought, the kinds of things that I tend to roll my eyes at in other books. Wolf Hall is more cutthroat. West Wing in the Tudor times, if you will, except with a few more hangings and head-cuttings and a King at the centre who can’t decide which woman he wants as his wife any given day of the week.

Favourite quote: “Men say,” Liz reaches for her scissors, “I can’t endure it when women cry’ – just as people say, ‘I can’t endure this wet weather.’ As if it were nothing to do with the men at all, the crying. Just one of those things that happen.”

The Chimes is a book with the lightest touch but a huge scope. It dips you into a world that can be equal parts confusing and scarily familiar.

A boy called Simon comes to London to find out the truth about what happened to his parents. Which might be difficult enough but the world he lives in, this re-imaginging of London in the future,  is one where people can’t form new memories, where the written word has been destroyed and replaced by music.

I read this book hunched on the vestibule floor of a dangerously overcrowded Cross Country train from London up north to visit family. Anything that can distract me from low oxygen levels, fellow irate passengers and the stupidity of a train company is a definite recommendation.

Favourite quote: ‘He has wide bony shoulders and there is light in his curled hair’

– The Gospel of Loki by Joanne Harris, Gollancz

Warning: if you read this book you will spend a lot of it chuckling to yourself. The completely unreliable narrator, Loki, regales us with stories of his misdemeanours and misadventures in the hope that we can see history from his perspective.

Loki is delightfully devious. He causes pain and misery and strife and yet you can’t help but smile as you read the machinations of the trickster. And that’s bad, obviously, because he’s essentially an evil little shit. But for Joanne Harris to make you laugh and shake your head over a character that causes bucket loads of pain and was used as an example of what not to do by Norse Mythology is a testament to the nature of a story written through the eyes of a trickster.

Favourite quote: ‘…and a handsome young man called Honir (nicknamed ‘The Silent’ in the hope that one day he might take the hint)…’

Golden Son is the sequel to Red Rising and the second in a trilogy that, for me, blows a lot of other books in this genre out of the water. Red Rising knocked me out with its scope and prose, its characters and scenes that could be gentle and touching one minute then wild and blood-soaked the next. In the space of a page you can laugh and then jump out of your skin. Golden Son delivered much more of that same brilliance.

The trilogy is based on a character called Darrow, a Red from the mining communities on Mars who aims to take on the Golds, who maintain the structure of the Society that betrayed Darrow’s kind and led to the death of his first love. It’s not just a story of quick revenge with a knife in the dark. He wants to bring down their world to ruin from the inside.

Golden Son is violent and bloodydamn crazy but Darrow’s vulnerability makes it achingly tender too.  It’s a strong reflection of man’s nature, desires and motivations. I can’t really say much more because I don’t wish to:

B) over-share my love for this book. Because it wouldn’t be just a blog-post long. It’d be a dissertation.

Favourite quote: ‘Amazing the power you have when you are bloody up to the sleeves and none of it is your own.’

Let me know if you agree/disagree with any of the above, or if you would add something different!